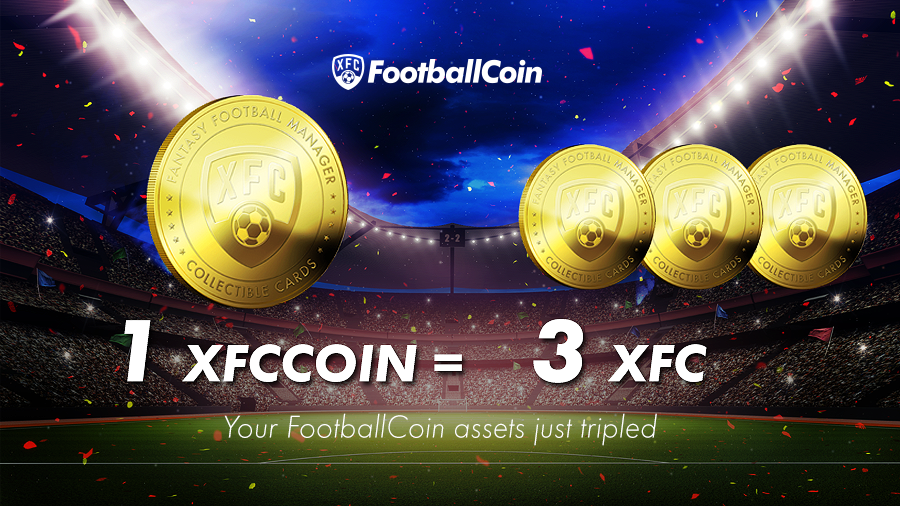 Home :: FootballCoin creates its own blockchain and rewards initial supporters

The blockchain based football manager game offers a 3:1 conversion rate for each XFCCOIN to show support and acknowledge people who believed in the game from the start.

A bit of background

FootballCoin was a project we started in 2016 with the goal of bringing together 2 worlds: the cryptocurrency market and football fans worldwide. Simply put, you play the game and win tokens that you can spend inside the game, or outside in the crypto market.

XFCCOIN, the game’s cryptocurrency was initially available on a Counterparty platform. This was a good solution at that time, but with the game gaining popularity, issues like high costs, slow speed and the difficulty of trading XFCCOIN on the exchange services had to be addressed.

2018 kicked off with good news: on January 16th we are launching our very own blockchain and exchange that supports XFCCOIN (from now on known simply as XFC). Also, the new wallet will support both XFC and game assets – player cards and stadium cards. We analyzed other options such as moving to the Ethereum platform, which would have been easier, but would not have been a real improvement to our current situation. That is why a new blockchain proved to be the best user friendly solution.

We contracted ANX International to develop the exchange. ANX will also provide and help manage the DigitalTokens.io exchange. It’s important to know that both the exchange and the game are set on the same blockchain.

FootballCoin will provide a 3:1 conversion of XFCCOIN from Counterparty to the new blockchain.

In other words, anybody who now owns 1 XFCCOIN will receive 3 XFC when the swap to the new blockchain is implemented.

If your XFCCOIN is stored in the Counterparty platform, you will need to move it to the game account to benefit from this conversion ratio. 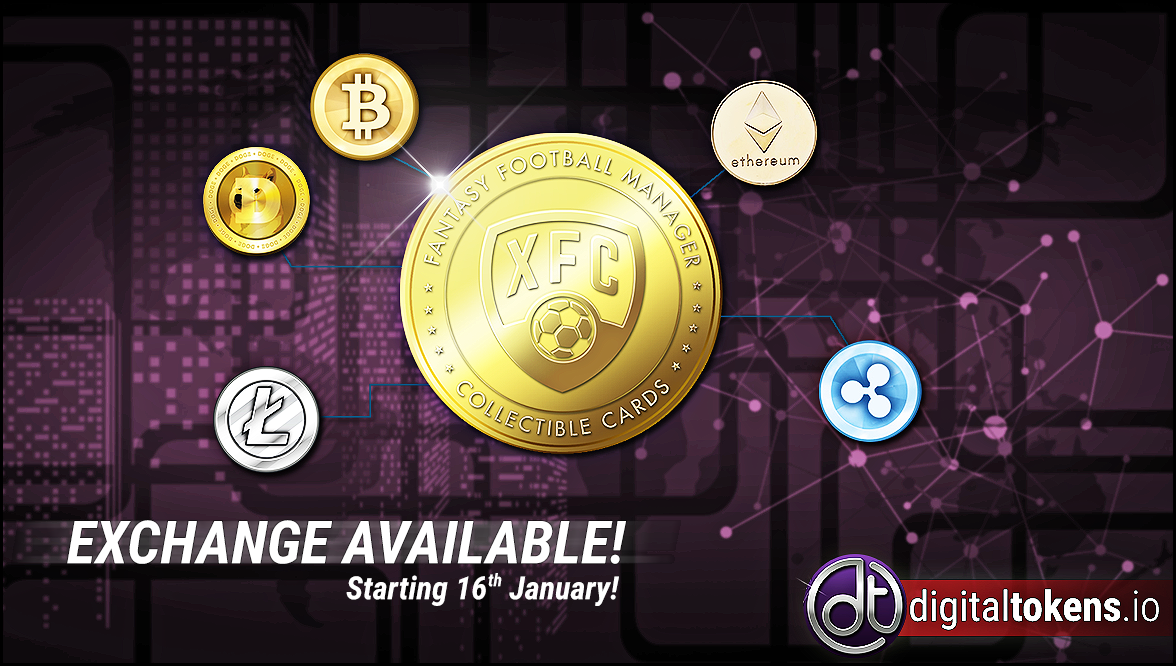 Conversion of the FootballCoin assets

The conversion keeps the same ratio for the player cards regardless of rank. For example, if you own a card of Harry Kane, before the transfer, you will own three Harry Kane cards afterwards, that you can sell, trade or play with any way you see fit.

Stadium cards owners will get to keep their cards and also receive a nice amount of XFC, as follows:

For example, if you are the lucky owner of a Santiago Bernabeu stadium card, you will receive 500,000 XFC, and keep the stadium card after the swap.

All conversions will start automatically on Tuesday, January 16th.

Impact on the game’s economy

XFCCOIN was generated in a limited supply of 1,000,000,000 units using the Counterparty platform, and the total amount will remain unchanged after the swap.

The 200 million XFCCOIN that were initially distributed will now become 600 million XFC on the new blockchain, according to the 3 to 1 swap.

The remaining 400 million units will be distributed according to the initial plan:

The swap benefit will, therefore, give existing XFC owners a higher stake in the FootballCoin economy. They will have the largest influence on how the market develops. But – to quote a popular superhero franchise – with great power comes great responsibility.

They will now need to act responsibly to ensure the development of the FootballCoin economy and stimulate the growth of the game, which we are very confident they will do.

We, the FootballCoin team, are very happy we could offer this token of respect and appreciation to our initial supporters, as we are looking forward to expanding and improving our platform functionalities and game features. We believe in the future of our gaming platform and its global adoption.